"> Vijay thanks his fans on Mersal Success - Telugu Lives

Ilayathalapathy Vijay is on cloud nine with the result of his recent movie Mersal. The movie has been directed by Atlee and is all about the health mafia that is happening in the country. Vijay essayed three different roles and Nithya Menen, Samantha, Kajal are the female leads. The movie released during Diwali and it received exceptional response from the audience all over. Mersal has been declared as a massive hit all over. 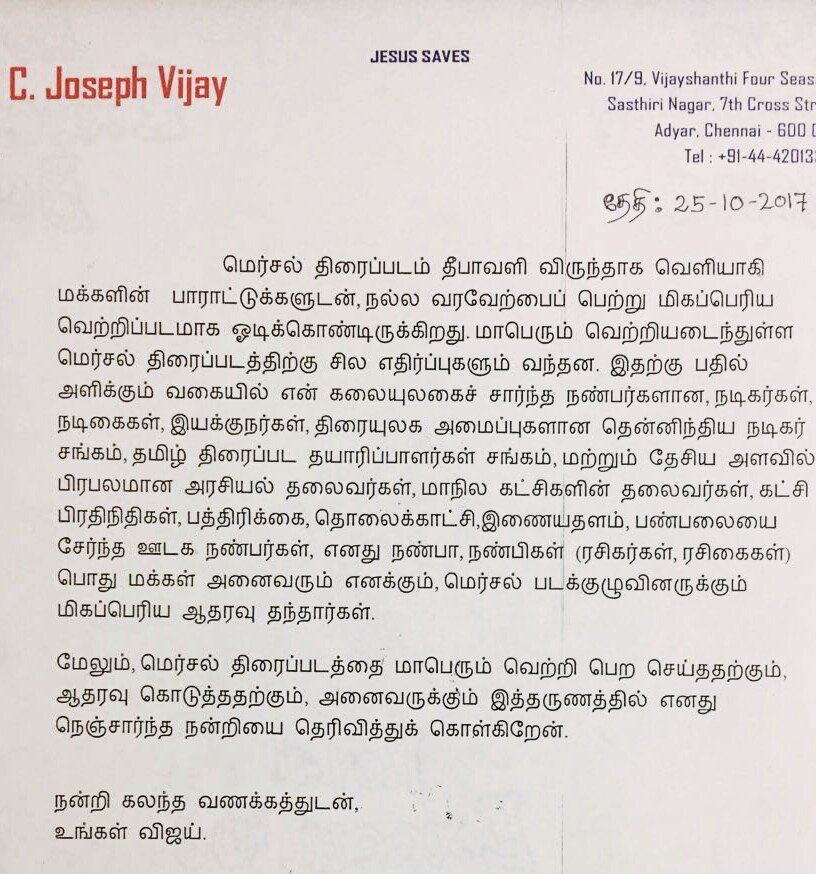 Despite of several controversies and road blockers, Mersal managed to rake huge revenues in its first week. The movie grossed over Rs 150 crores across the globe which is huge and it emerged as the biggest hit in the career of Vijay. The actor thanked everyone for making the film a huge hit. Vijay took his letter head and released it to the media. Sri Thenandal Films produced Mersal.